“I seek to seize a moment of pure tranquility that reveals our deep connection with the natural world; a singularity that illuminates the elegant artistry of a world that is all around us, but often overlooked…”
-Daniel Buck

Daniel Buck is an internationally acclaimed fine-art photographer based in Southeast Alaska.  He travels extensively to some of the world's most remote and beautiful landscapes, searching for dramatic images that capture the primal beauty of nature.   With a keen eye, an adventurous spirit, and a drive to create; Daniel's vision as an artist is for his audience to connect with the natural world around them and foster a greater appreciation for the stunning world that we all call home.

Daniel was born in the bustling areas surrounding Baltimore and Washington D.C.. As a child, Daniel was more drawn to exploring nature than the urban landscape that he grew up in.  Between backpacking in the Appalachan Mountains, canoeing on the Chesapeake Bay, and white-water rafting down rivers in Alaska; much of his youth was spent seeking out experiences that would eventually play a pivitol roll in his view of the world.  Daniel left the east-coast and moved to Alaska to pursue his passion for wilderness.  Working as a sea-kayak guide and studying environmental science, Daniel eventually found his true calling in life; photographing the beautiful landscapes of his new home.

Daniel lives on a quiet cove in Southeast Alaska.  He has dedicated many years to traveling, exploring, and searching for new landscapes and wildlife to photograph. When not traveling, he enjoys his uniquely Southeast Alaskan lifestyle of sea kayaking, sailing, hiking, camping, and glacier exploration.

Awards
Daniel Buck has recieved numerous accolades throughout his career highlighting his accomplishments in the photographic arts community.  Some of the most prestigous awards include:

Publications
Daniel's photographs have been licenced by numerous magazines, books, and television shows which have been seen by millions of people around the world.  Though Daniel's primary focus of his work is producing highly collectable fine-art prints, he still enjoys the many applications and uses of his images in the mass media. 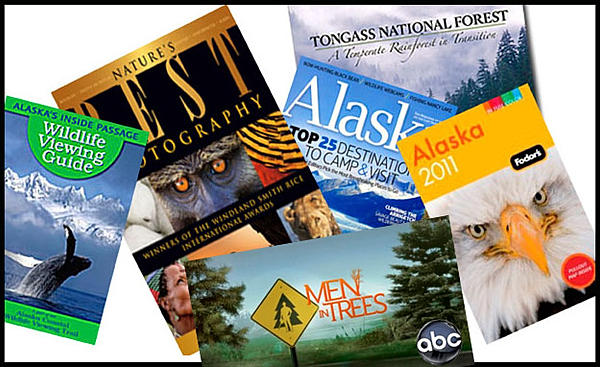